Get A FREE Estimate

Speak To A Professional

Get Your Personalized Quote

Tell us about your lawncare needs

Call ExperiGreen Lawn Care to talk to one of our lawn care professionals. We’ll take the time to listen to you and to discuss with you all about your lawn – explaining to you some of our services and how we can help you maximize your investment in your green space. 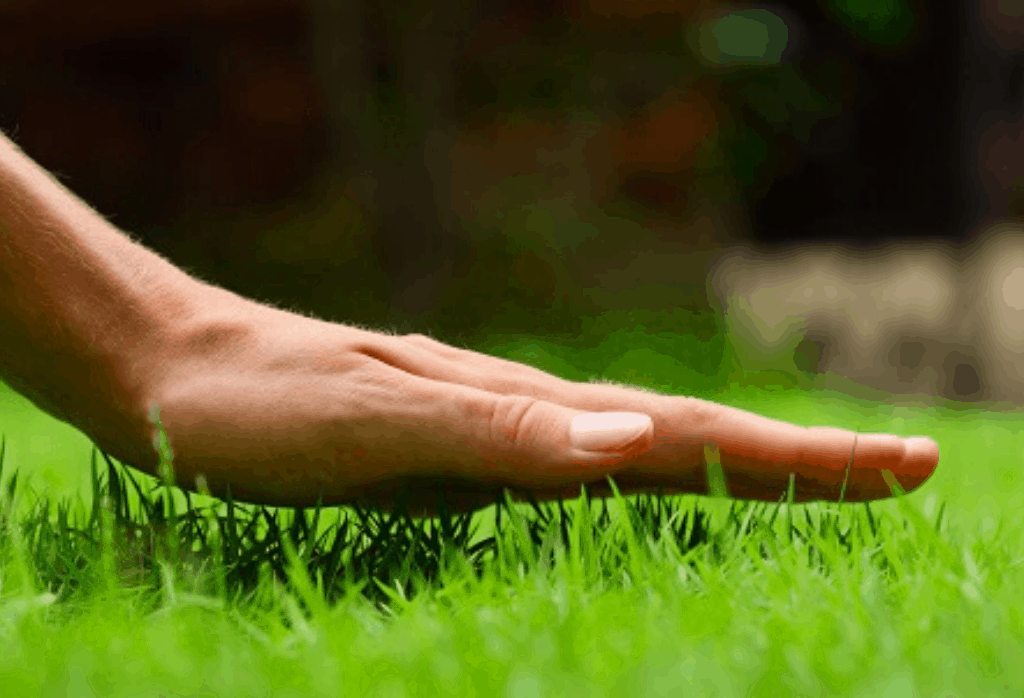 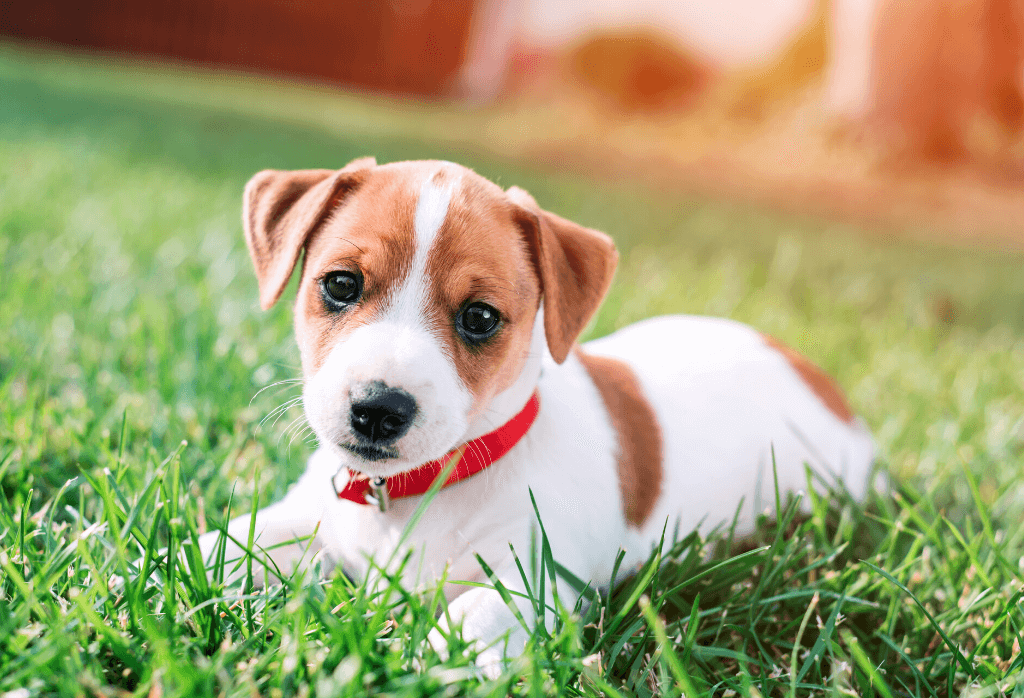 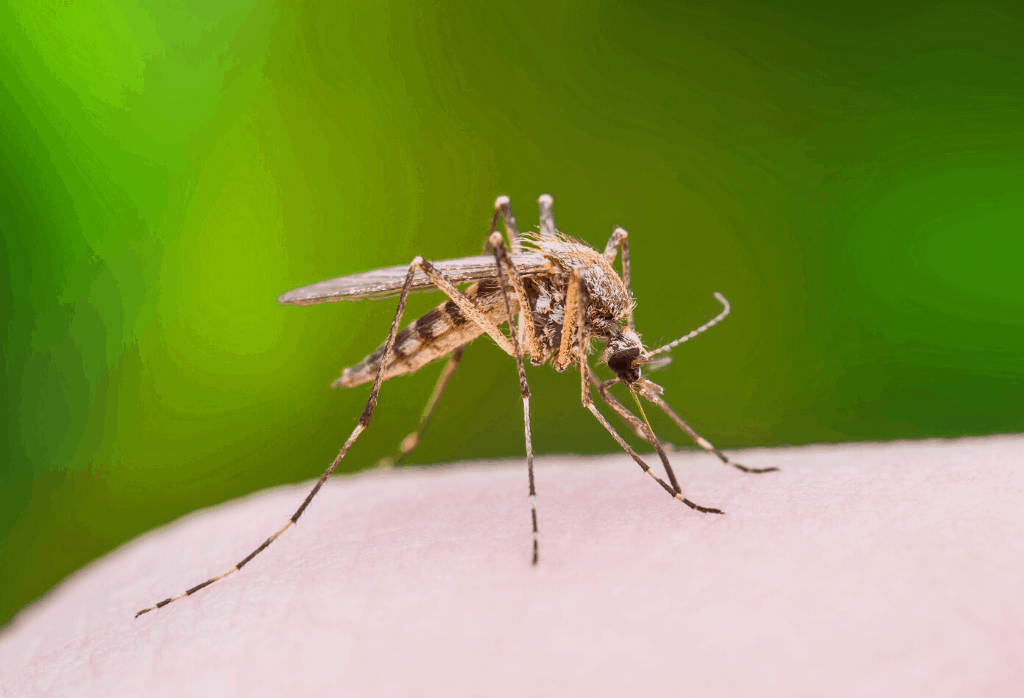 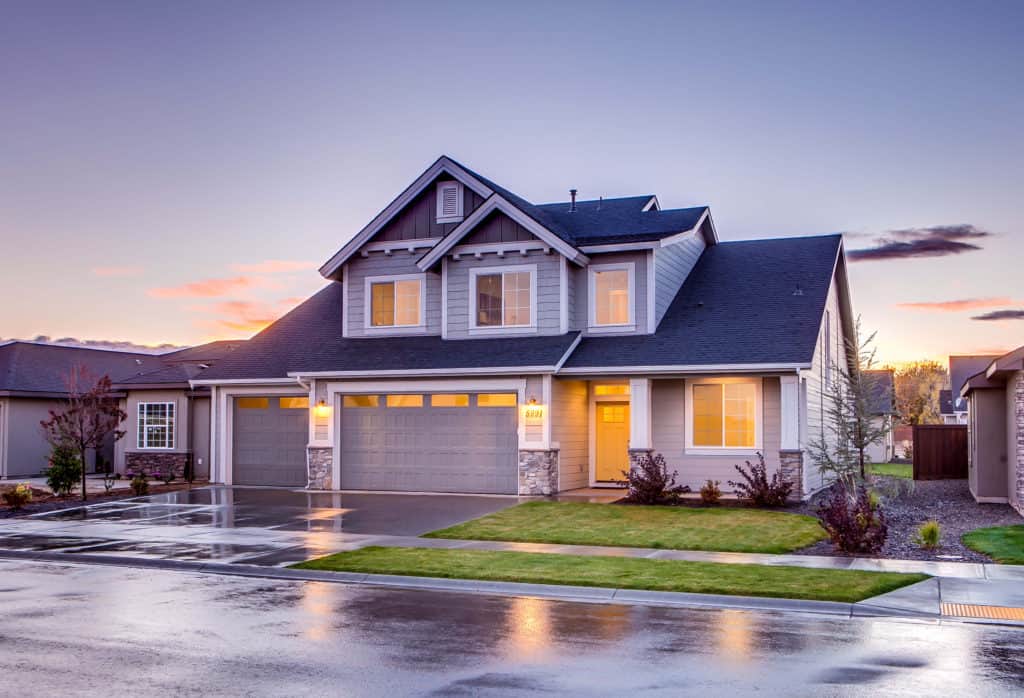 Don’t just take our word, see what our satisfied  customers have to say about us! We love exceeding expectations.

“I have done my own lawn care for decades but eventually started using a lawn care service. They always did a nice job. One day an ExperiGreen rep was canvassing the neighborhood for new business while I was doing some crack repair to our drive. Greg came out as requested to see how to treat a problem that was always diagnosed as a grub issue which I have treated myself with commercial grub control which did not help, nor did aeration. Greg identified it as bentgrass which I probably brought home from the golf course. Greg told me about a product that would control it without killing all the grass. I brought in tons of topsoil seed and straw after I applied this product myself. The project was a LOT of work over a two-year period. I switched to ExperiGreen at that time and Martez, the SAME tech has been doing a GREAT job doing the recommended treatment and this year Dempsey did a SUPER job aerating and overseeding, more straw and TONS of water for ten days done by me. BTW ExperiGreen rates were well below the other provider which afterward tried to low ball their way back in and I declined their offer. Remember grass needs water not just fertilizer… If my pics uploaded properly you can see all the lighter new growth of the tall fescue.”

“The service the results are outstanding. The ExperiGreen team truly values customer service and their product makes a significant difference. I am particularly impressed with our technician – Dempsey. He is very knowledgeable, personable and does an excellent job. He takes care of our lawn as if it was his own and he clearly takes pride in his work. Very highly recommended.”

“Had used another company for a few years was a waste of money. Just recently started with ExperiGreen. My son came to visit and the first thing he said was “wow the yard looks GREAT” Very pleased.”

“My first lawn service. Yard was in bad shape. I was amazed at what they did in one season. Applied extra treatments to catch up to my neighbors!”

“ExperiGreen is the first and only lawncare service I’ve hired. Very pleased with the services provided and communication is top notch. I have a call ahead placed on my account. I receive a friendly call before every service and detailed information left regarding what was done to our yard. Paying is very convenient, they leave a bill and I pay online.” 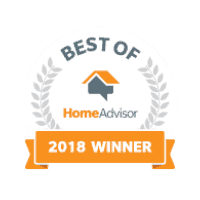 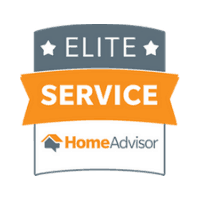 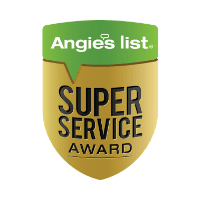 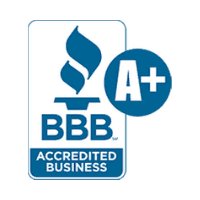 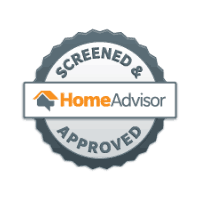 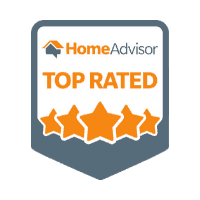 Tell Us About Your Experience!

We love hear feedback from our customers. Leave us a review and tell the world about your experience with us. 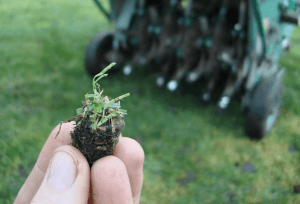 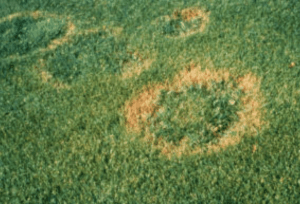 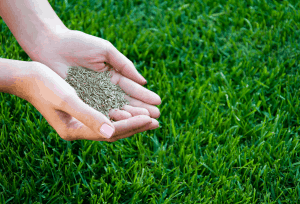 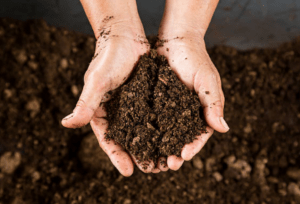 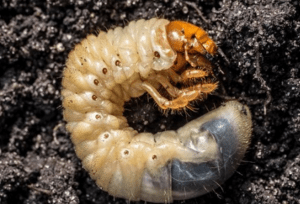 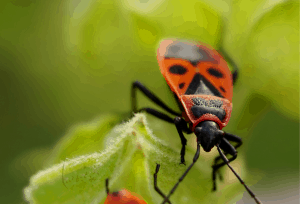 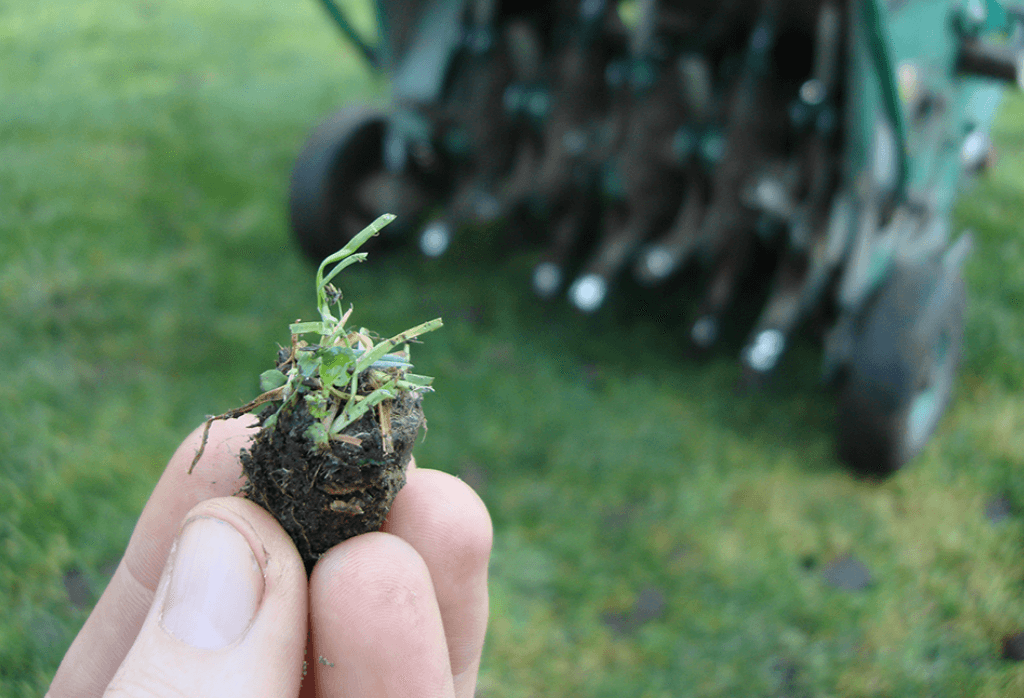 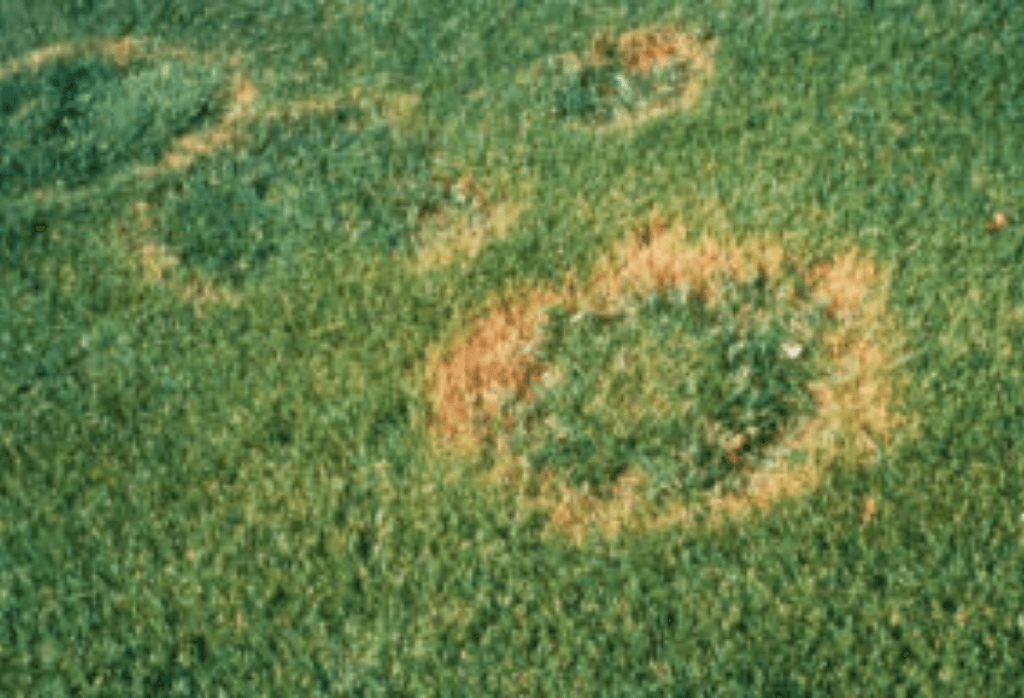 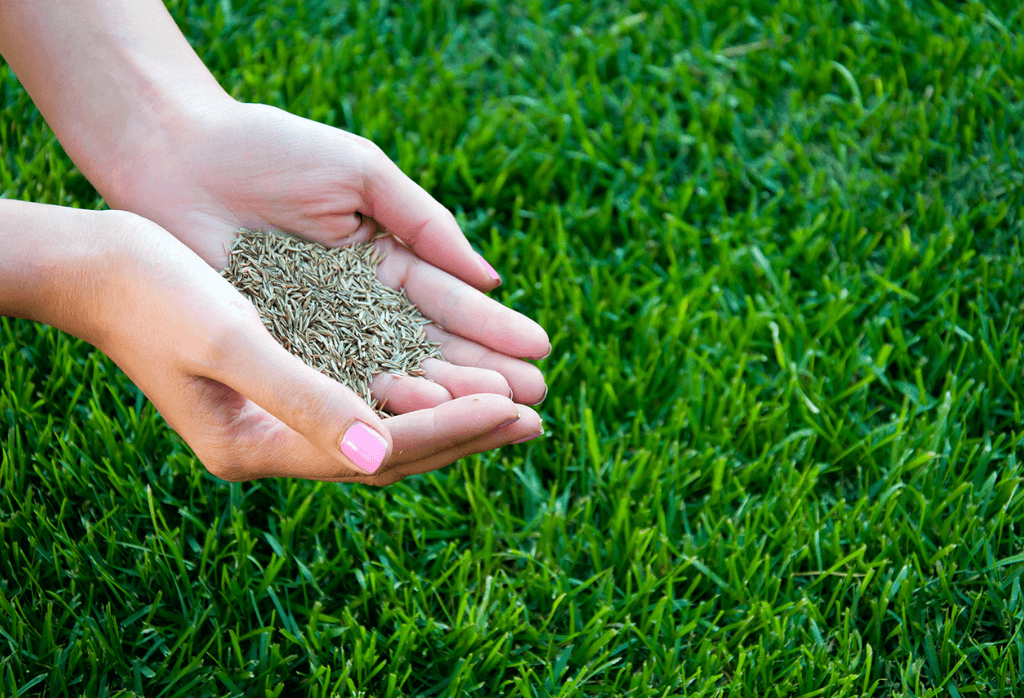 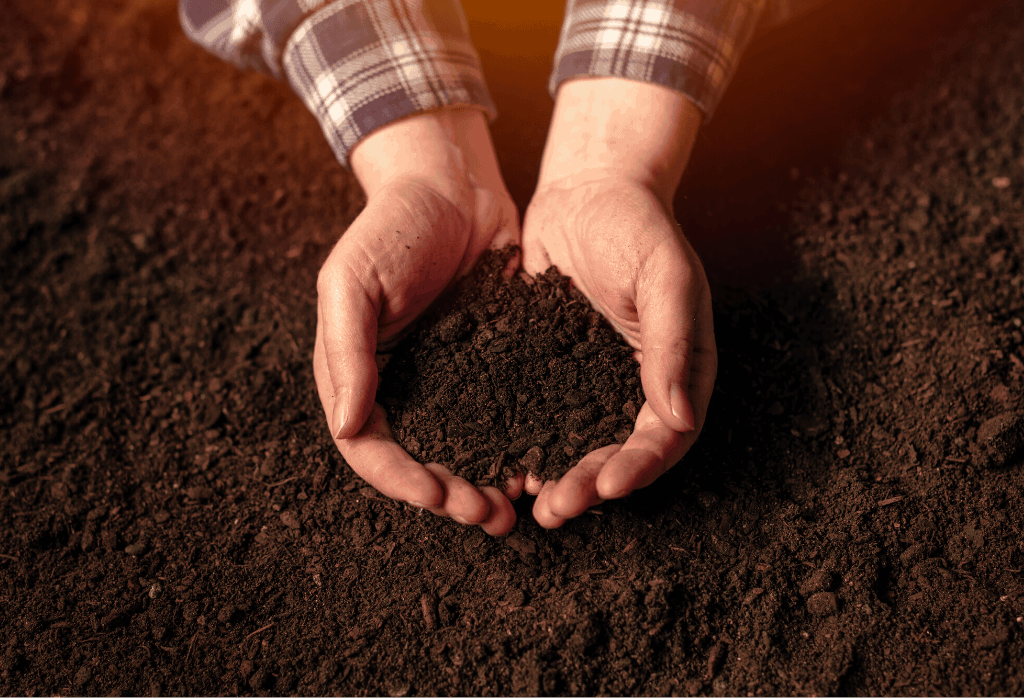 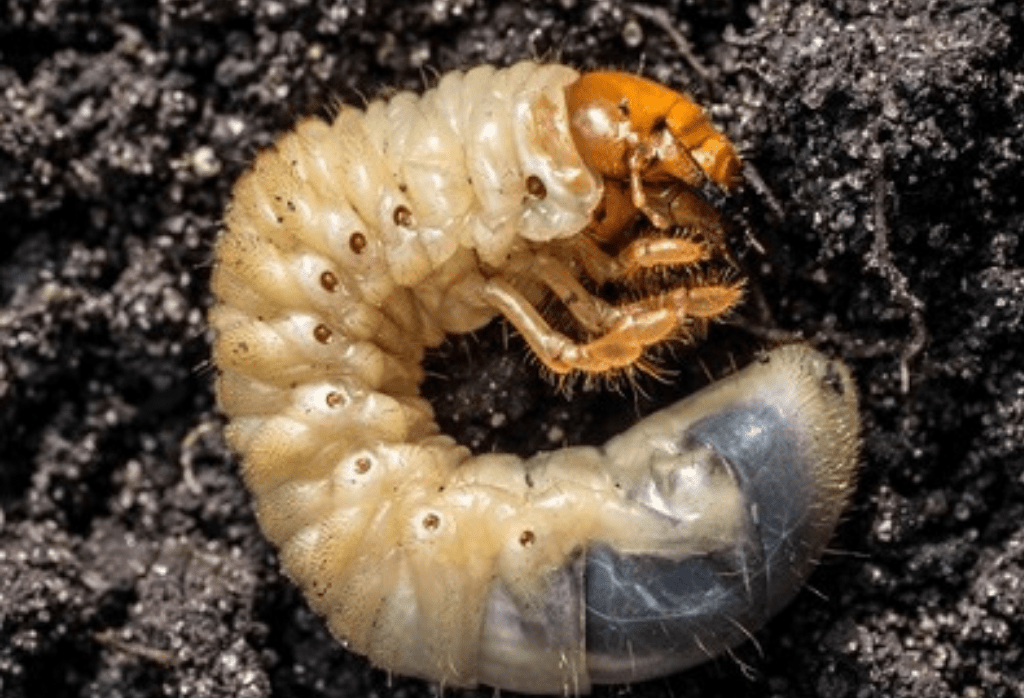 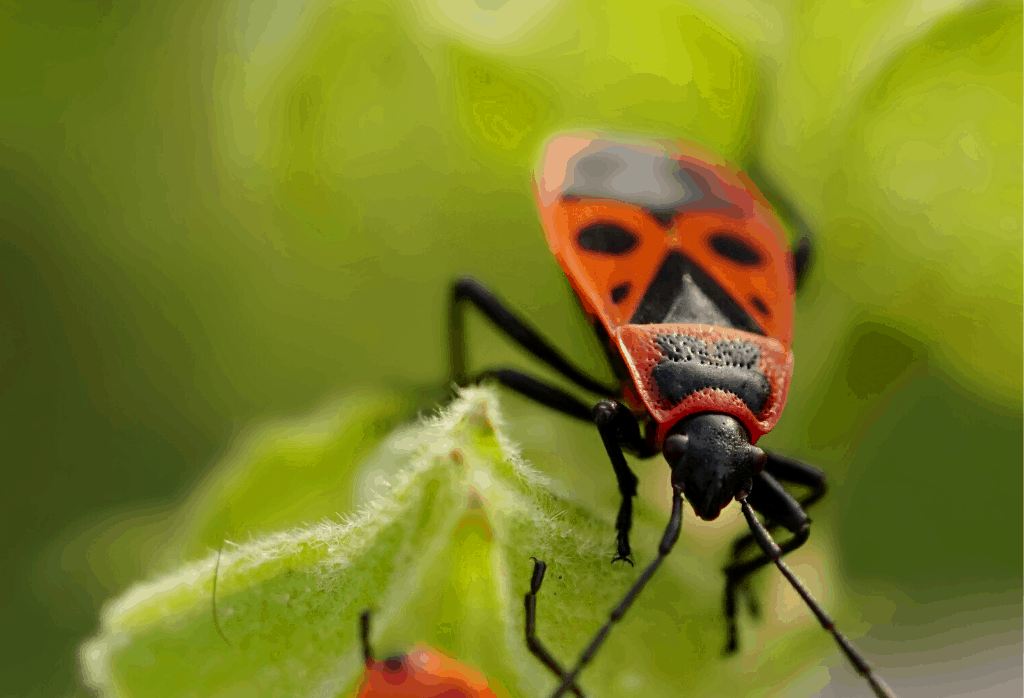 A Great Green Place in

Though not in Hamilton but instead in neighboring Middletown (3909 Rosedale Road, Middletown), the Bull’s Run Nature Sanctuary & Arboretum is an 11.6-acre park that features the last free-flowing section of Bull’s Run Creek, which marked Middletown’s boundary when it was founded in 1802. The Nature Sanctuary itself has a diverse landscape that includes gently rolling hills, meadows, and forested areas. As the area was once used as an open grazing pasture for bulls in the 1800’s, large open green areas still remain to this day – albeit without the bulls!

The Nature Sanctuary also contains an arboretum, which houses many species of native and non-native trees, many which are labeled with identification tags. A 1/3-mile long trail that is perfect for hiking with young children leads out from the arboretum into the nature sanctuary area. The area thrives with over 30 species of wildflowers, which are especially dazzling in the spring and fall. The sanctuary also features many species of animals – including box turtles! 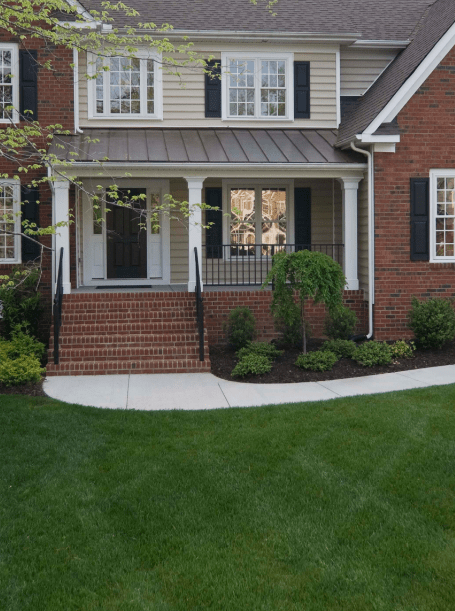 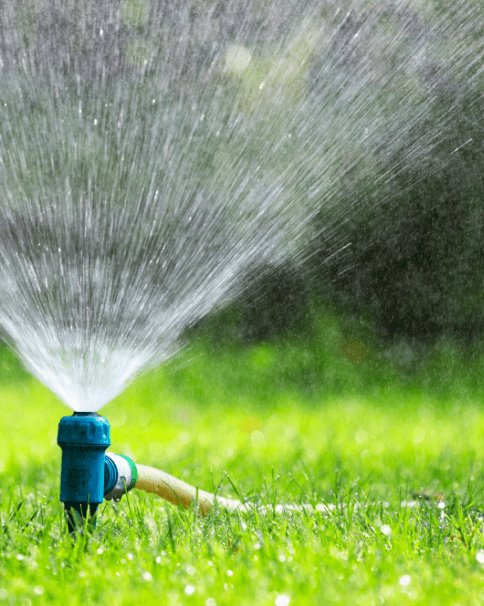 ExperiGreen Lawn Care knows that for many people, their favorite green space is the one that is right around their home or business.

A backyard retreat behind your home; a sun-drenched patio where you can sip on your morning coffee; a commons area where your employees can enjoy their lunch breaks – these are favorite ‘close-to-home’ green places we all love.

ExperiGreen Lawn Care also understands that making your own personal green space as beautiful as possible is important – so important that we offer these lawn care services to residents in Hamilton and in the Hamilton area:

And to help you be able to comfortably enjoy your beautiful green space, ExperiGreen Lawn Care also offers these services

How Do You Take Care Of Your

Everyone has their favorite personal green space – whether it is your backyard where you retreat for some well-deserved R&R, or the area around your backyard deck where you enjoy resting after work, or the green area surrounding your patio where you take your evening meals in the spring and summer.

No matter where your green is, ExperiGreen Lawn Care can help make it even more special.

Let’s Talk about Your Lawn or Your Pests

Get Your Personalized Plan Now!

Tell us about your lawncare needs and we will follow up with a personalized quote that fits your needs.

Call And Speak To A Professional

Need help in deciding what program is right for you? No problem! speak with a lawncare expert today!

Do you get your lawn serviced by ExperiGreen?

Share a picture of your yard on social media with #experigreen and it could be featured right here! 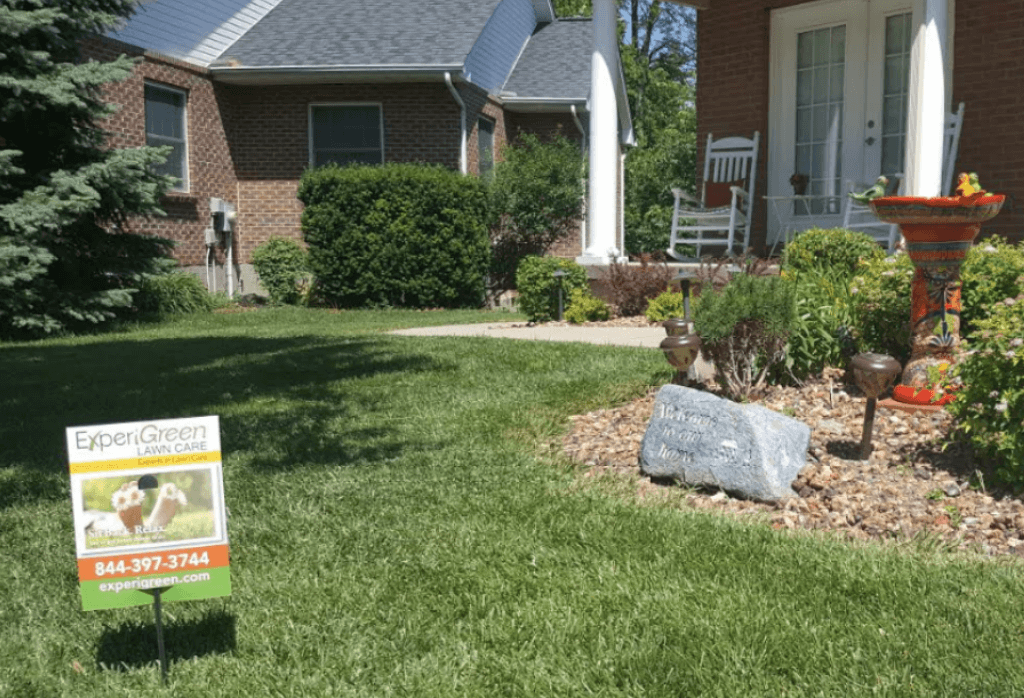 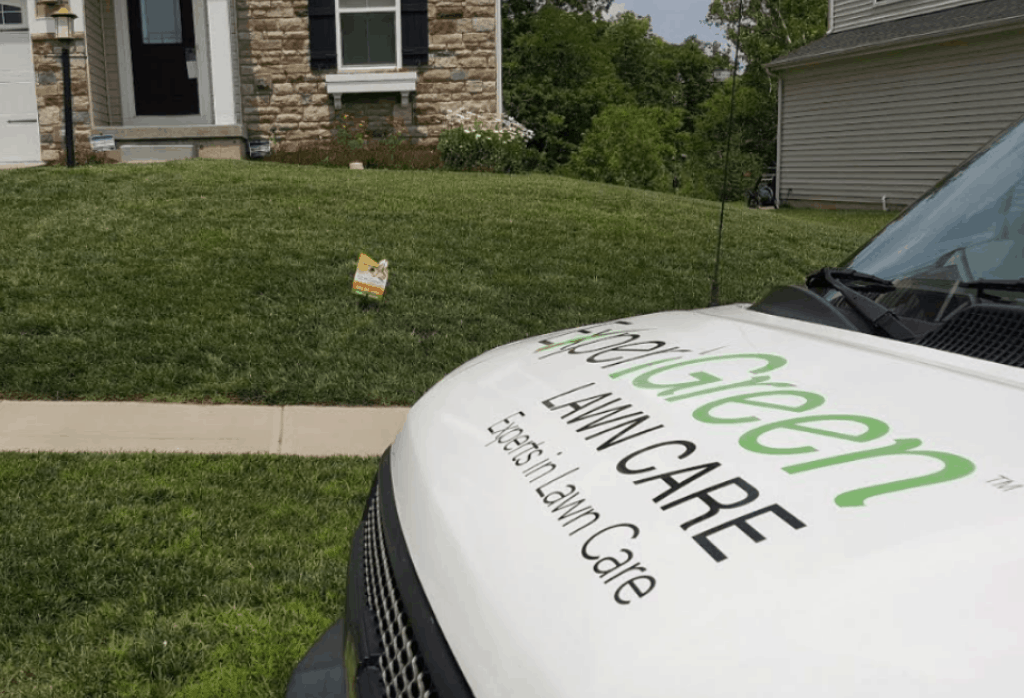 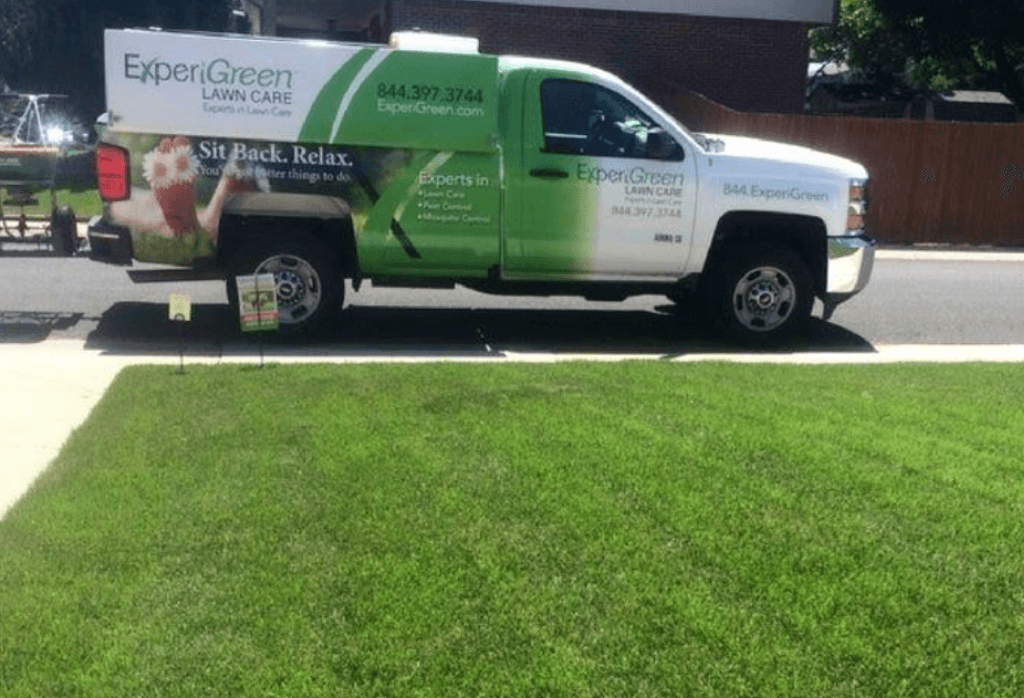 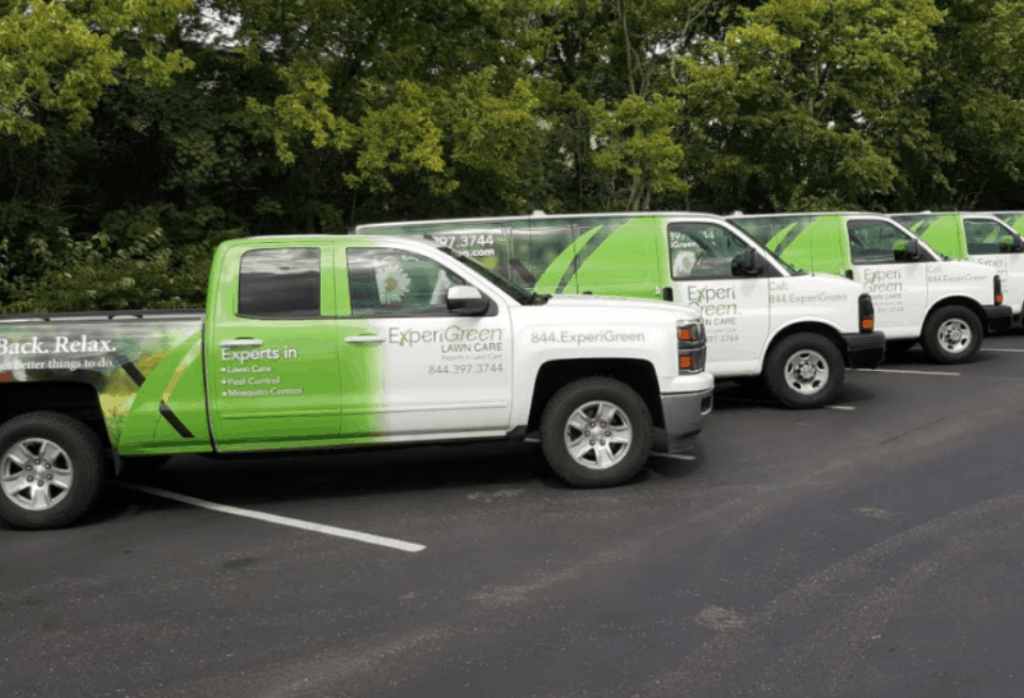 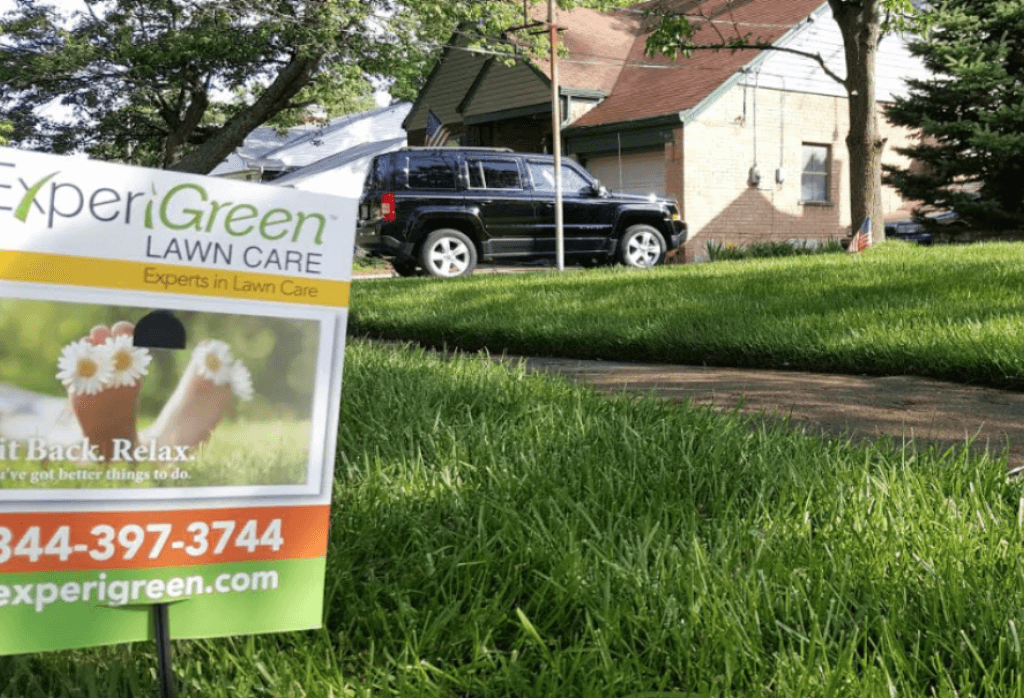 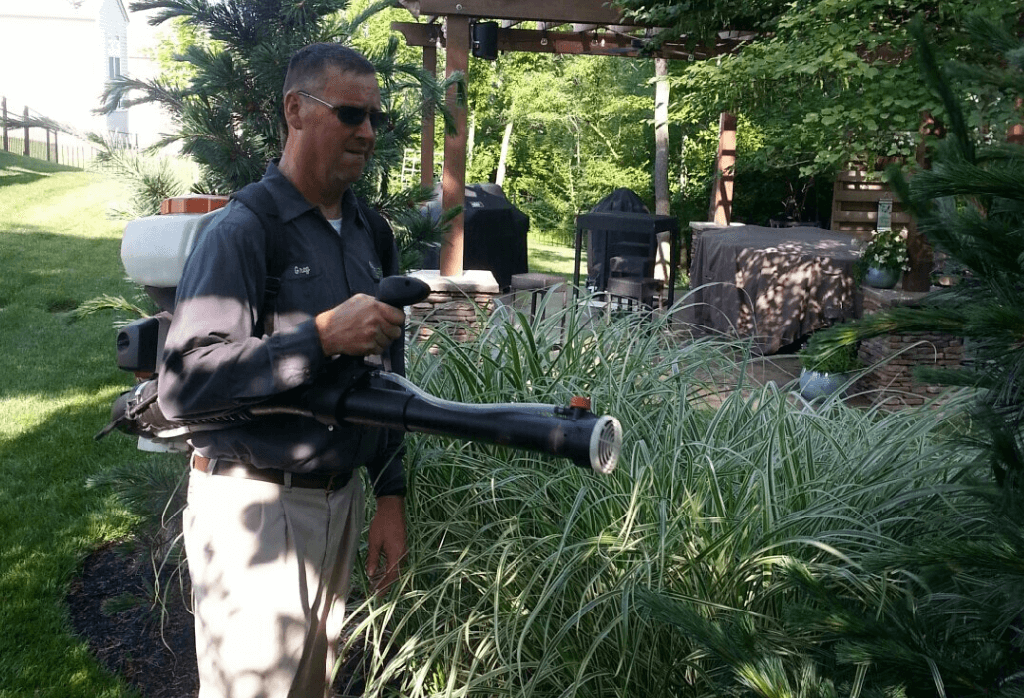